Today, you still need a security camera installed on your property even if you live in a highly secure neighbourhood. It is because burglars are continually looking for new ways of gaining entry into residential houses, whether the homeowner is around or not. The good news is that various security cameras are available in the market to choose from, and one design that most homeowners are switching to is a speed dome camera. The security camera is shaped like a dome, with the most important feature being its 360-degree span. Also, the device offers a plethora of benefits to homeowners. This article highlights the key benefits of speed dome cameras.

Security camera installation requires technicians for the effective capture of video footage. For example, some cameras can be wall-mounted, but they would not capture clear images if mounted to the ceiling. However, speed dome security cameras do not come with such restrictions because they can be installed anywhere and still perform optimally. It can be attributed to the 360-degree span rotation, which ensures that the cameras capture images from whatever angle regardless of positioning.

Most cameras are designed for panning across their field of vision at particular times and specific speeds. Unfortunately, some cameras have characteristic jerky movements that burglars can use to their advantage. For instance, if a security camera stops for a second or two before continuing to pan, a burglar can use the few seconds to hide behind a blind spot. Additionally, span speeds are easy to study since they remain constant mostly. The configurations can allow a burglar to calculate the amount of time a camera stays in their field of view. On the other hand, speed dome cameras are equipped with smooth and variable speed controls. The fluidity of movement and variable speed deter burglars by making it difficult to guess when and where a speed dome camera will turn to next.

Most high-end security cameras are built to withstand the elements. However, some cameras have exposed cables and motors, which can be affected by extremely low temperatures. As the name suggests, a speed dome camera is built with extremely tough metal housings, which are shatterproof and offer protection against power surges. In fact, speed dome cameras are fitted with automatic voltage regulators (AVR), which helps increase their survival rate in case of electric surges. The best part is that the motor in speed dome cameras remains functional even when fully covered with snow. 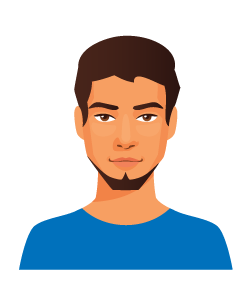 Hello, my name is John and this blog will detail the steps you can take to help keep your family and business safe and secure. Two events which occurred last year inspired me to start this blog. The first event was when my shop was broken into by thieves. They stole stock and broke into the safe which was holding my takings for the week. I was devastated by this and hired a security company to review and improve the security systems. A few months later, someone tried to break into my brother's house. Thankfully, someone who lives nearby spotted them and raised the alarm. I helped my brother to improve his home security and learnt a lot about how to protect a property from attack.